Changing the face of the British Council with Drupal 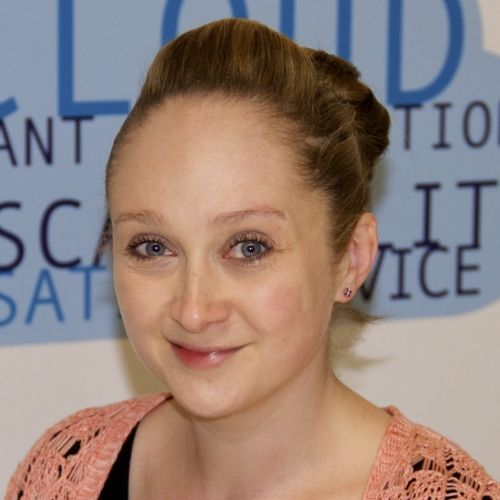 Formed more than 75 years ago, the British Council creates international opportunities for the people of the UK and other countries, and builds trust between them worldwide – this is called cultural relations.

The British Council is on the ground in six continents and more than 100 countries and each year works with millions of people, connecting them with the United Kingdom. It shares British cultures and its most attractive assets: English, the Arts, Education, and our ways of living and organising society.

The British Council’s ambition is to maintain its global network for the UK, grow its commercial, contract and partnership work to deliver more cultural relations, create more international opportunities and build more trust. The trust generated for the UK by the British Council’s activities has a value of £1.2 billion for the UK economy or more than £6 for every £1 invested by UK tax payers.

The changing face of the British Council

Like a number of charities and public sector organisations today, the value of digital is becoming more apparent and, with budgets increasingly tightened, a bigger emphasis is being placed on obtaining growth through this channel.

Digital is becoming one of the primary delivery channels for the British Council and a digital programme has been set up to transform the organisation and its engagement with partners and customers over the next three years.

Peter Edwards, digital technology manager for the British Council said: “Our organisation traditionally operated as a ‘bricks and mortar’ business and around 18 months ago, it was decided the entire British Council web infrastructure needed to be overhauled.

“The old website was not as functional as it needed to be and often resulted in broken user experiences.”

The decision was made to completely redevelop the entire British Council web infrastructure, incorporating the following:

The scale of the project is reflected in the following levels of user traffic:

“We face a number of challenges with putting the new infrastructure in place and it will change the way we work as an organisation,” Peter said. “There was definitely an education for the organisation as we’re used to operating it in a certain way but once the benefits of the new web infrastructure were demonstrated to improve business on a number of levels, everyone immediately got on board.

“A focus on digital also enables the British Council to evaluate its success in a tangible way and we need investment in both time and money in this area through A/B testing, enterprise architecture and metrics.”

Drupal is rapidly becoming the open source CMS of choice for public sector and government websites as proprietary systems are rapidly being seen as restrictive and costly when it comes to updates and further development work.

Drupal powers a wide range of public sector websites including data.gov and london.gov.uk and The Whitehouse and NASA in America, proving that the technology is tried and tested and can support the needs of these large enterprise installations.

The British Council web team selected to use Drupal to run its web project due to the flexible and extensible nature of the platform, meaning it can be developed and enhanced as requirements change and expand. In addition, Drupal is an open source framework which is perfectly aligned with the UK Governments strategy and recommendation to use open source solutions.

Peter said: “We required a multi-layered CMS as the British Council site has many complexities and functional elements. The design of the site needs to be user centred and the flexibility an open source platform like Drupal provides is ideal for using different elements of technology to design the right journey.”

Drupal open source software is maintained and developed by a community of more than 630,000 global users and developers. Because it’s open source, Drupal works to remove barriers to innovative development through collaboration, making it ideal in the public sector sphere.

Peter said: “The Drupal system acts as a set of blocks for you to build whatever you want. All of the elements we wanted had modules available that had already been tried and tested so we’re effectively getting the best practice for free.”

There is also a strong financial argument for Drupal as it does not attract annual recurring license fees. The cost savings can be redistributed, adding value in other ways, according to Peter: “Historically, 50% of web spend would go on testing but that proportion of testing is not needed with Drupal, meaning you can spread your budget further and get more for your money. There’s also increased security layers due to the constant updates and improvements. With closed source, we wouldn’t necessarily know about a bug or a fix with the system unless the supplier decided to release an update. Conversely, with open source, there is continuous fixing and security updates that are released on a weekly basis.

Drupal specialist Ixis has worked with the British Council for over 5 years building sites and supporting and hosting their collection of teaching and learning websites that now generate over 30 million page impressions per month.

In August 2011, Ixis was selected to carry out work on the overall British Council web project after partnering with business and technology service company, Logica. Ixis also teamed up with high availability Linux specialist Bashton to ensure 24/7 coverage for the entire Linux infrastructure.

Together, the companies are working to implement a content management system, as well as manage the hosting and support for the entire British Council web infrastructure.

Co-founder of Ixis, Chris Haslam said: “After supporting various Drupal projects within British Council for several years, it's great to see them adopt it as their new preferred digital platform. We've seen the existing collection of Drupal sites grow to over 30 million page views per month, so with each new additional site or project added we needed to ensure the platform would scale with the increased demand.

“Drupal is well equipped to deal with a site of this size and a resilient virtualised infrastructure was used."

Since the British Council corporate homepage was launched last month as part of the project, there has not been any downtime recorded which is a departure from the old website platform which the organisation claim they had received failure alerts ‘near daily’.

Peter said: “Not only have we seen 100% uptime from the new platform but it’s four times faster than the previous instance, which is so important for us.

“We’ve found Ixis’ professional monitoring has been very impressive at flagging security threats which is vital for us, especially when there are professional hackers targeting government and public sector sites every day.”

Phase two of the British Council web project began in July 2012 with the overall project due for completion in 2015.