DrupalCamp Spain - Drupal in the Sun 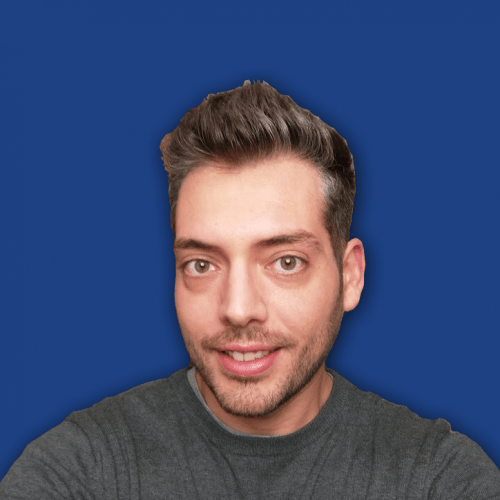 If you are reading this you should bear this in mind, I’m completely new to Drupal and this was my very first Drupal Camp. Of course it is not the first developers event I’ve attended but I have to say after meeting all those Drupal developers I am very impressed with their community and values. So if you want to know how it feels being completely new to Drupal, keep reading.

The event took place in Conil de la Frontera, a small town next to the coast in South Spain, the location is amazing, it is one of the “Pueblos Blancos” (white towns) of Spain, they are named that way as all the houses and buildings are painted in white to reflect the sunlight and keep everything as fresh as possible.

Offering one week to learn and share Drupal knowledge and experience, the camp is growing strong with 187 attendees this time and including the ceremony of the Splash awards made the event in an amazing experience.

Two different venues were used to hold the two session tracks, giving you the opportunity to explore the town going from one to another. 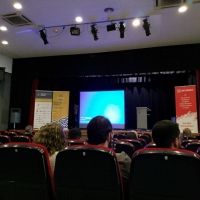 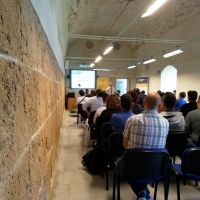 As a first time attendee and newbie to Drupal I was concerned about the sessions level but there was an excellent variety to make everyone feel welcomed to the community, with sessions like “10 tips to start developing for drupal”

Conil’s Major inaugurated the sessions introducing the town and explaining how they invested to get a brand new fiber connection to allow companies to set-up offices there; cheap, sunny and high speed internet connection, what else can you ask for?

After the session conducted by Alex Burrows explaining who they are, what they do, where they do it and how they do it at the Drupal Community Working Group we were able to learn more about security and cache in Drupal.

After one cool group photo we headed for lunch where I got the opportunity to meet some experienced developers from across Europe and talk about their work and Drupal community.

Afternoon sessions started really well, as an experienced ecommerce developer I was interested in knowing more about Drupal Commerce. The Decoupled Drupal Commerce with React Native session guided us through the process to convert a project into a successful online store. The user experience is everything and having an app built using React Native makes you feel using a whole product but the key here is the integration, GraphQL and Oauth were used to make this possible.

But hold on because the day was getting better! Docker para todos los públicos: DDEV (Docker for everyone: DDEV) was an amazing session on how developers shouldn’t be reinventing the wheel but using existing tools to get work delivered in a quicker and better way. DDEV it is going to be a must for me now and that’s thanks to that session. From 0 to 100 we learned how to setup and start working with this tool

After all the sessions felt like I deserved a really nice evening so if you ever going to Conil don’t miss the opportunity to enjoy some drinks gazing at the sunset!

Saturday was a great day for newbie Drupal developers like me, starting with tips to develop for Drupal and not getting overwhelmed and some interesting comparison between Drupal and WordPress.

We had the opportunity to listen to Rocío Valdivia from WordPress.org to learn more about the WordPress community and how the global teams are managed. For WordPress developers, as I, this was an absolutely lovely session. Rocío is in charge of supervising the annual Wordcamps and 727 groups from 100 countries across the world, of course I couldn’t resist to approach her to know more about the project.

If you are new to Drupal or an experienced developer don’t miss a Drupal Camp near you, you won’t regret the experience, no matter which camp you attend, it will be full of nice people willing to share their knowledge with you and looking forward to learn new things from you.

Am I going to the next one? No doubt!