Is it the End of the Line?

Four years on we returned to the Warrington escape rooms ClueHQ with a band of merry Ixis members to solve the puzzles and stop the London underground train from crashing; and all after a couple of drinks.

Following on from our success and fails at ClueHQ last time, we added a couple of new brains to the group from the recent acquisition. We had 60 minutes to escape the racing train carriage, get in to the drivers cabin and stop the train from a crash - The End of the Line!

After a slow start knocking about in the underground metro themed carriage room we got cracking on the map and station clues and picked up pace to get through to the final parts of the challenge - which were slightly marred by a wonky hardware fault on one of the switches that needed a bit of a wiggle to connect.

Luckily we managed to halt the train with just over 4 minutes to spare and everybody escapes with a smile on their face!

Great fun once again at ClueHQ Warrington - thanks for having us on a Wednesday night and patiently waiting whilst Michael A visited the toilet 8 times during the briefing ? 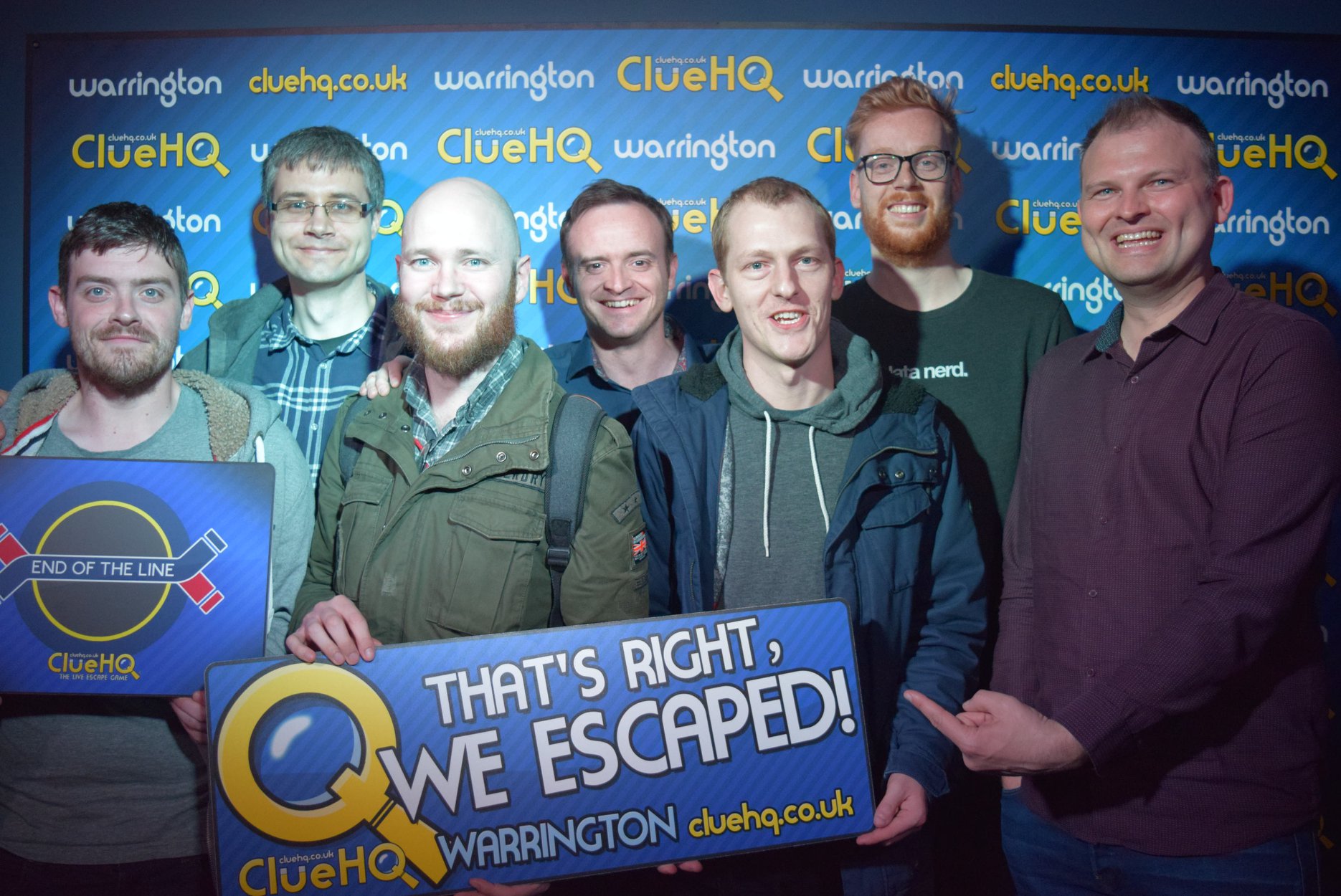