People are only just thinking about moving from Drupal 8 to Drupal 9 (a small and less time-consuming exercise thankfully!) but talk about the future and Drupal 10 is already in motion.

The target to release Drupal 10 is around June 2022. But why so soon after Drupal 9? 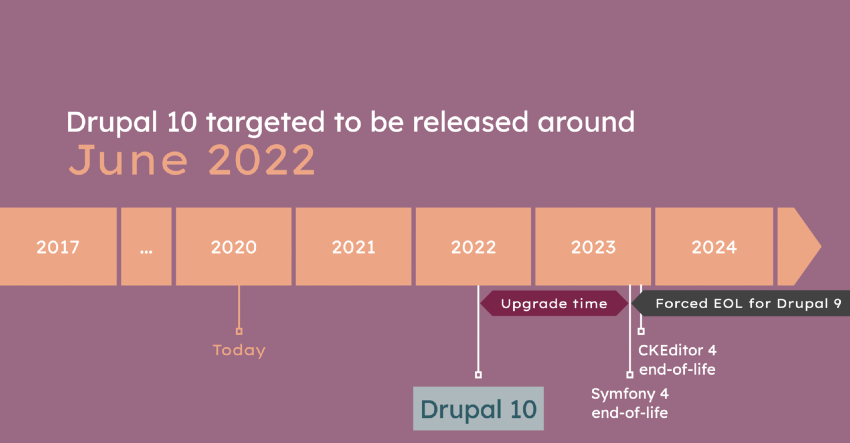 For security purposes, all Drupal 9 users will need to upgrade to Drupal 10 by November 2023.

If that makes your head spin, think of it this way: Drupal 10 is identical to the last version of Drupal 9, with its deprecations removed. Because of that, there should be no last-minute, big or unexpected changes.

So although the major version numbers are planned to change more frequently than the old days, the actual upgrade to the next version is much lighter from a work effort point of view for everybody involved.