Ixis gets on board with the Northern Powerhouse

We are pleased to announce that we’ve become a partner of the UK Government’s official Northern Powerhouse Programme. As a partner we will have the opportunity to attend partner meetings and networking events, to meet and talk to the people pushing this initiative forward, and have a real input into the activities of the Northern Powerhouse Programme.

What is the Northern Powerhouse?

The Northern Powerhouse agenda in its widest sense is focused on boosting economic growth in the North of England, particularly focusing on the ‘core cities’ of Manchester, Liverpool, Leeds, Sheffield, Hull and Newcastle. The broadly involves improvement to transport links, investment in science and innovation, and devolution of powers, like the increased powers given to metro mayors, such as Manchester’s first mayor – Andy Burnham.

The partnership programme is an essential part of the Northern Powerhouse, and Ixis is proud to have joined this network of organisation and people who believe strongly in the economic potential of the North, and support the need for a combined effort by government and business to realise that potential.
With the changes in government, and the focus on huge national issues, like Brexit, over the past year, we think it’s important not to lose sight of the significance of the Northern Powerhouse, which has the power to make real meaningful changes for people in the region.

What will the Northern Powerhouse agenda mean for business?

The success of the Northern Powerhouse will hopefully bring more business to the North, and give companies the confidence to look outside of London for their partnerships and commercial opportunities.

As a digital agency, we hope that it will also strengthen Manchester's reputation as a digital hub in particular.

We are looking forward to getting involved and seeing the benefits that can be brought out of this initiative, as it hopefully gathers some more steam over the next few months!

You can find out more about the government initiative at northernpowerhouse.gov.uk 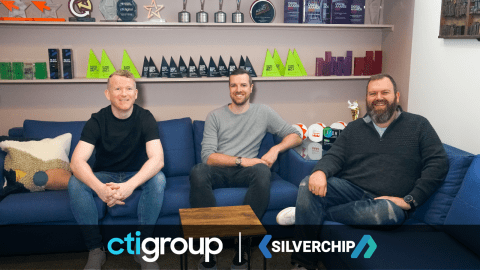