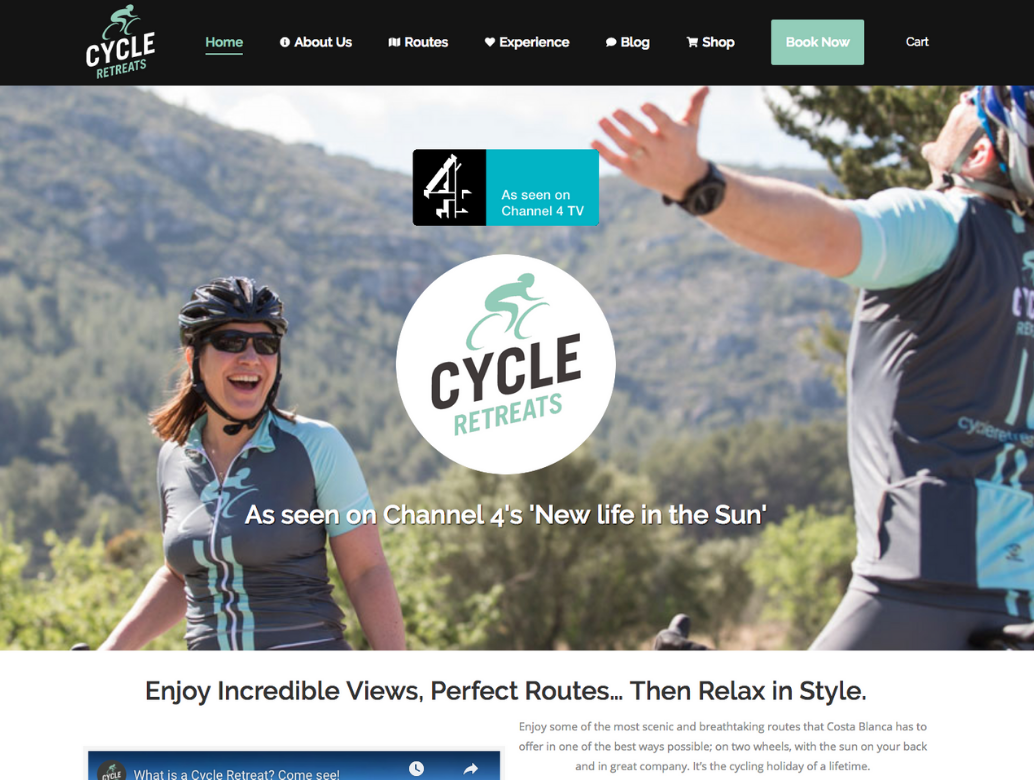 Cycle Retreats are a new business run by two lifelong cycling fans. They decided to give up their day jobs and embark on a business venture. Cycle Retreats provides luxury and unique cycling holidays for those that love to cycle in Costa Blanca in Spain.

They required a lead generation website and a digital marketing strategy to start bringing in the holiday bookings. 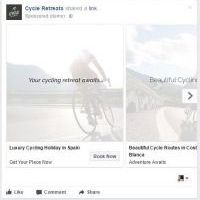 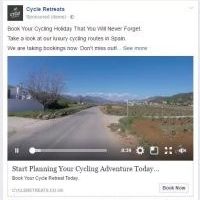 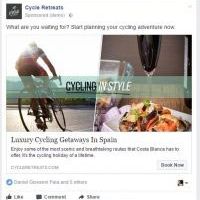 Working with a startup is always challenging and exciting, as the direction can change at a moment’s notice. We understand that as businesses gain new knowledge and test concepts, their strategy will need to pivot too. Because of this, we hold regular meetings with Cycle Retreats, presenting new ideas and working together on our plan. We create action plans which detail what we’re working on over the coming month, though these can be altered whenever they need to be.

Our first challenge was developing the website for the target audience. We started with a simple one-page website which allowed us to establish a modern and fresh design, whilst providing a short turnaround on essential information like contact details and business information. This allowed Cycle Retreats to start referring to their website in leaflets and other marketing materials, just a week after initially asking us to begin work.

From this Minimum Viable Product, we were then able to grow and develop the website in a logical order of importance for the business and at a pace which allowed it to grow organically.

As the client is operating in a tight niche- only customers who are cycling enthusiasts- our marketing strategy has to be very tailored to make the most out of the budget. 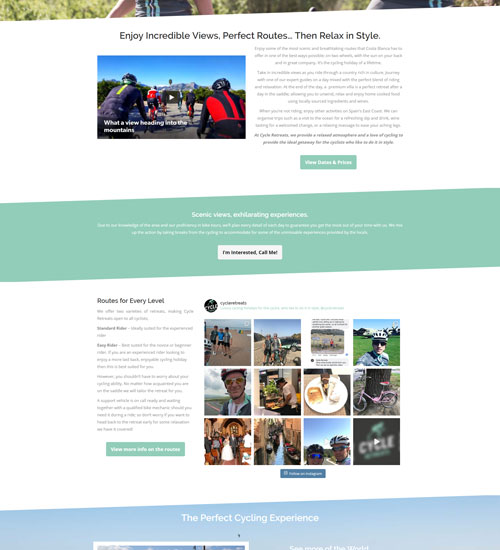 Whilst the clients would promote the business and the website using traditional methods, such as attending expos and local media outlets, we had to find a method of targeting cycling enthusiasts.

Social Media Management and Social Media Advertising provided an excellent platform to be able to achieve this. Using Facebook Advertisements, we were able to target cycling enthusiasts and people who are associated with cycling groups who we knew would be interested in the product. In contrast to using Google Adwords which would have been less targeted, more competitive and as a result a higher cost.

This was very successful and started bringing in a lot of highly valuable traffic to the website since we began Facebook Advertising in mid-January, this, in turn, has also resulted in an up-turn in holiday enquiries and bookings being made.

We are very aware that staying stationary with Social Media, is not a successful tactic, therefore on a regular basis when traffic would tend to tail off, we would shake up our Facebook Adverts and use different and more engaging mediums such as graphical imagery, carousel adverts, and video advertisements, all of which were highly effective.

Using the data provided by Facebook after a campaign has been completed we could analyse this and make amendments and tweaks to our adverts to make them more successful. An example of this would be that it seems the graphic advert that emphasized the luxury element of the product were more successful than those emphasizing the cycling element, our next series of adverts would emphasize the luxury element more with positive results.

Ixis have been a vital part of out business and our go to for anything related to our on line presence and marketing strategy in general. We have regular engagement from out Account Manager and they know our business and ethos and model. We would recommend any business would benefit from the services of Ixis.