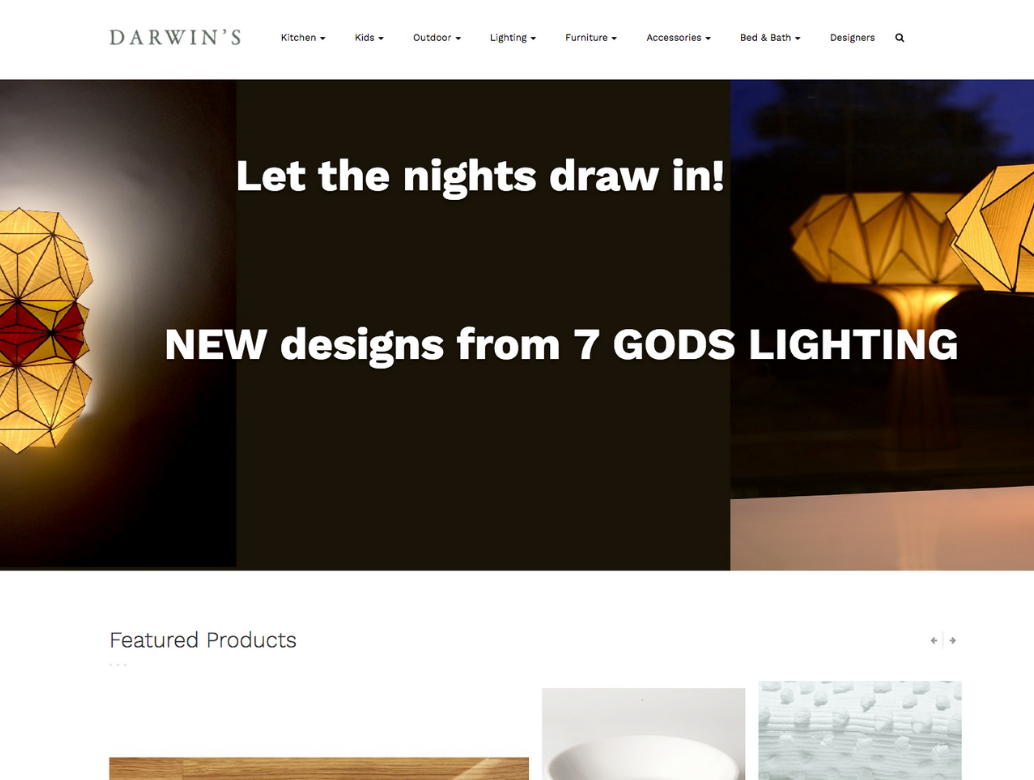 Darwin’s Home is a luxury E-commerce store, focusing on eco-friendly and sustainable homeware. The store stocks beautiful and exciting products, but had many bugs and problems in the code behind it, which caused issues for both users and administrators. The client approached us with a simple request, to just have a working store, which was able to handle the needs of the business.

A project like this can be difficult to initiate, as it’s hard to understand what might be causing issues without a development history, and therefore the time involved in fixing it can be extremely variable. After some initial investigations, it became clear that the most cost-effective way to achieve the client’s goal would be to re-design the store with a fresh look, and re-build the back end code powering it, rather than trying to fix the bugs one by one.

The store was already running on PrestaShop, but many coding standards had not been followed, so we re-build the store using the latest version of the open-source software. We imported all of the shop’s data, including products, customers, and orders, to make sure the staff could still operate the store as before.

During our work, we noticed that a previous developer had made core edits to PrestaShop, which contravenes best practice and caused many of the problems the client was experiencing. Our developers built a custom PrestaShop module to implement the features which had been hard-coded into the store.

Darwin’s Home now has a working, functional store with a fresh design. All the features the store previously had have been kept, and now the store can be kept up to date, and is also much more secure than the previous version. The business can now operate without worries about unexpected costs or problems, allowing the client freedom to grow.

Great work by Ixis. Finding a good agency is not easy, but imperative. Off the shelf websites like PrestaShop can be complicated and need real skill to set up competently. We are now looking forward to growing the business on a reliable platform. Thank you, Dan and the team.