A world where donkeys and mules live free from suffering In 2013, the charity undertook a full rebranding exercise across all its websites in order to update the brand, engage with stakeholders and reflect its worldwide work.  Ixis were commissioned to build the frontend responsive Drupal theme for the site and some custom features like the donation section, along with offering advice on best practices for the new Drupal site build.

The previous site was built in Drupal 6, so Drupal 7 was the natural choice for a replacement. It provided all the features and flexibility required, Drupal also provided an upgrade path for the majority of the content.

The goal of the new website was for it to be seen as a virtual extension of The Donkey Sanctuary. This meant taking the refreshed brand guidelines developed for printed materials and signage and applying it to a fully responsive website that can be used on any device from desktop and laptop computers, tablets and smartphones.

We used a Kanban methodology when working on the sites, which allowed for an iterative process of development and review in collaboration with the client. Essentially this means pushing live changes at frequent points throughout the project.  This worked brilliantly with the client, as they were keen to experiment and try new things based on our recommendations and on how the project progressed. It also meant the client could be much more involved on the site building aspects of the project, as they were able to work on content and layout changes on a version of the site without worrying about it being too far behind the ‘current’ development state.

The Donkey Sanctuary runs a ‘multi-site’ setup from the one Drupal codebase, so this new version would eventually be running websites in five countries, displaying content in four languages. With the possibility of adding more countries and languages in the future, the site needed to be fully translatable and customisable.

Throughout the development process we made use of regression testing tools like Wraith, that allowed us to move quickly and make changes. If the changes broke anything beyond what was expected, then our testing tools quickly highlighted it and we were able to either revert the changes or fix the issue.

The first site went live on December 27 2013 in a soft launch to ensure there were no cosmetic issues on the wide range of display devices the site needed to support. Once the site was live we were able to continue our process of continuous development, adding features and fixing bugs based on client feedback. This allowed an additional four country sites to be launched in the subsequent 12 months. 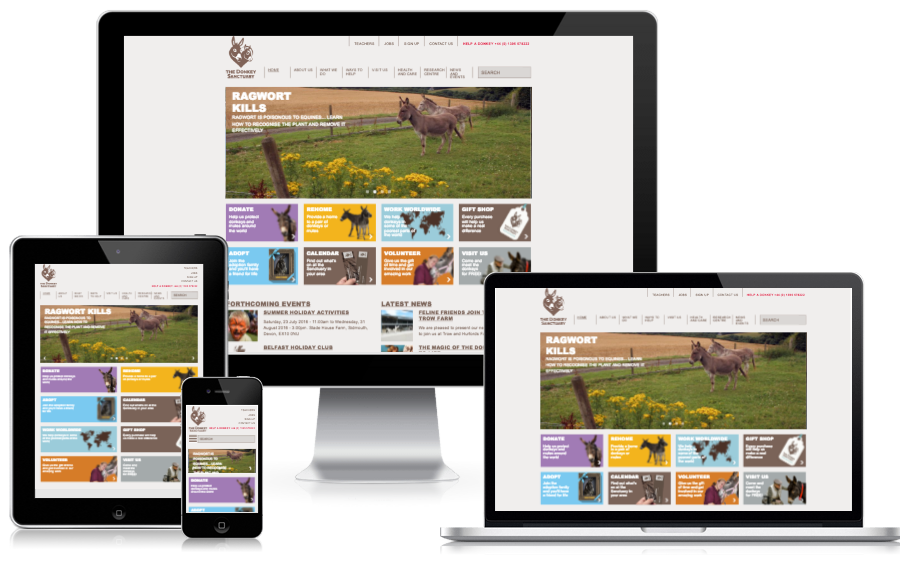 Ixis has provided us with a great looking design based on The Donkey Sanctuary’s branding guidelines that has proved to be very popular with our supporters.  We are now seeing over half the traffic coming to our site from mobiles and tablets, which is a huge change.

The combination of Views, Panels and Fieldable Panel Panes allowed us to create a fully responsive structural framework for the site. The Donkey Sanctuary could then add new content to the site without worrying about how that content would fit into the layout, or how that content would be styled to match the brand as a whole. We’ve developed multiple panel layouts on top of a custom 16 column bootstrap grid. All of these layouts are fully responsive, so they work anywhere with no extra work.

Likewise, the call to action blocks that feature prominently throughout the site are also fully responsive, and correctly configure themselves based on wherever they are placed within the panel layouts. This is possible thanks to Fieldable Panel Panes, which allows the editors to create new blocks by simply entering the content they wish to highlight, and the required layout.

Flexslider provided us with a nice, light slideshow that works at any screen size. This means these slideshows can be placed anywhere within the panel layouts, and will resize to fit perfectly.

SearchAPI was added shortly after launch to give us more control over search result displays, as well as advanced features like faceted search filters. It’s also a pluggable system, so we can change the search backend in the future without having to rework all of the search configuration on multiple sites. 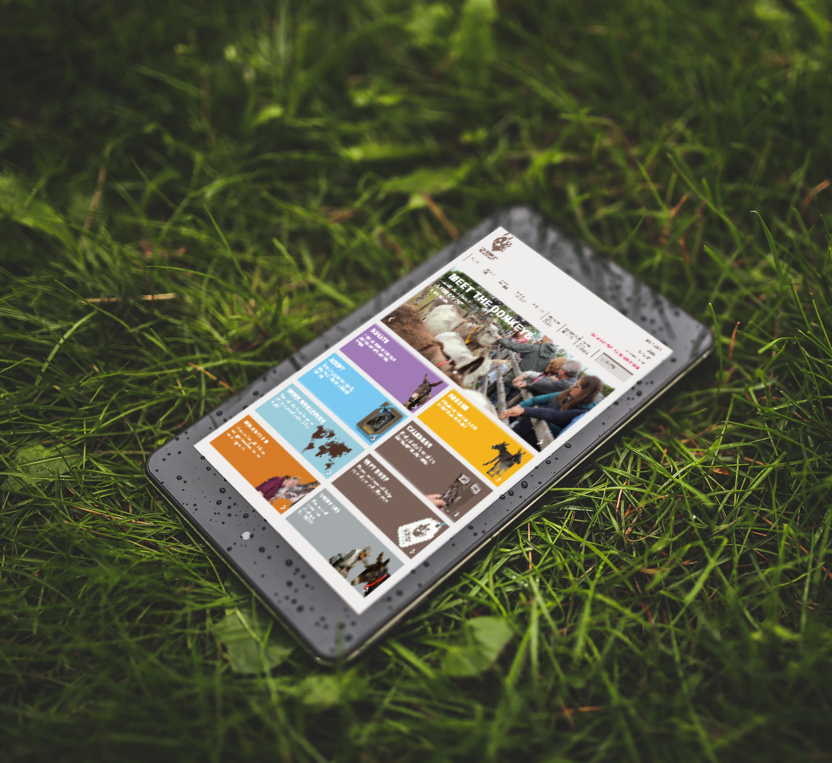 The new website attracted a 43% increase in pageviews compared to 2013 which The Donkey Sanctuary attributes to the responsive design developed by Ixis, allowing users to view all the rebranded websites on their preferred device.

We have a very good working relationship with Ixis and throughout the agile design and build, we were made to feel very much part of the process.  Ixis also provides excellent and efficient ongoing Drupal support and advice and we are looking forward to working with Ixis in the future.