The Largest Epilepsy Resource in Europe 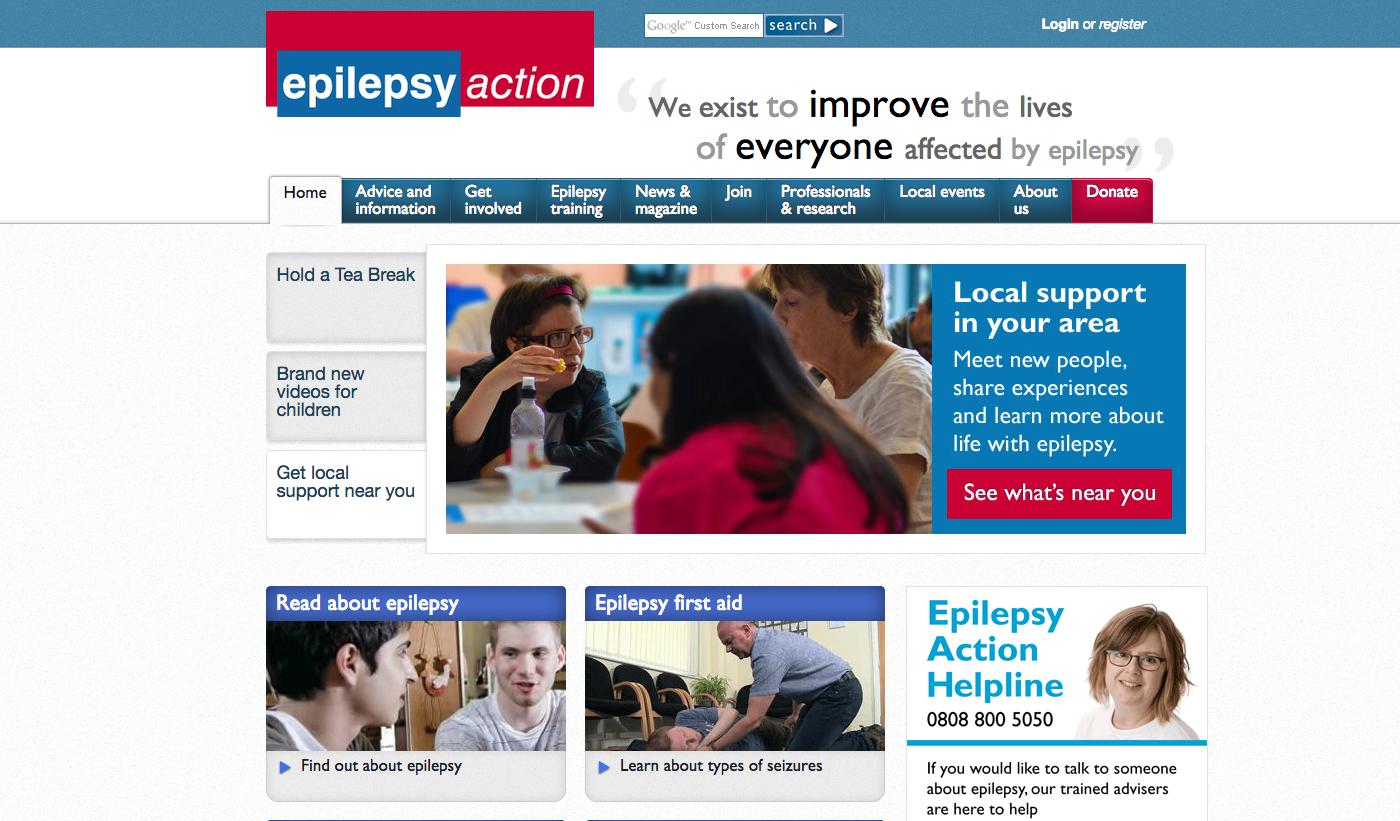 Epilepsy Action is the UK’s leading epilepsy organisation, providing advice and information to the UK’s 600,000 people living with epilepsy, their loved ones and anyone else with an interest in the condition. Since the early 1990s, the organisation’s senior management have had an active interest in the Internet, starting from its early development period, and Epilepsy Action’s digital offering has consequently remained an important platform for delivering advice and support.

"We chose Ixis IT for supporting and hosting our online community in 2006.  We were so impressed with their work, in 2008 we asked them to develop our main epilepsy information website."

Epilepsy Action’s website infrastructure, incorporating both the main website and a community site of forums and blogs, had previously been built using a bespoke platform that was complex to manage. This was hampering the ability of Epilepsy Action staff to upload and manage the increasing volume of content on both platforms. The organisation required a more streamlined and future-proofed infrastructure, which would enable them to deliver rapid updates, in the form of information and functionality.

In a world of ever-increasing mobile internet access and pressures on organisations to deliver greater integration across platforms and a joined-up approach to service users, Epilepsy Action also needed to ensure its site remained adaptive and well placed for future development.

Ixis began working with Epilepsy Action over a decade ago, initially to support its community site of forums and blogs, www.forum4e.com, which was re-built using the Drupal open source content management framework. From there, the company was invited to migrate the main Epilepsy Action site, which had previously been managed in-house, over to Drupal too. As an open source platform, Drupal would provide Epilepsy Action with far more flexibility and choice than a proprietary system, which would limit opportunities for future development.

This was a significant migration project, and a batch system had to be written to allow mass importing due to the large amount of user profile data. To ensure search engine optimisation, Ixis took great care to retain the legacy URL structure, and where it wasn’t being used correct redirects were used to ensure the site continued to be indexed cleanly.

Ixis’s design partner worked with Epilepsy Action's marketing department to ensure the brand guidelines were adhered to. Accessibility was extremely important with the site complying with W3C and Bobby standards. Additional factors also had to be considered at various stages throughout the development such as avoiding certain colour combinations which can cause people with photosensitive epilepsy to have seizures.

“One of the great beauties of using Drupal is that if we want to add new functionality or a new module, someone has probably built it already. It gives us so much flexibility and choice, and yet it’s incredibly simple to use, for content writers, managers, and administrators. If someone can use Microsoft Word, then they can add content to our website. For an information-led site, this ease of use is really important.”

The rise of mobile Internet access in recent years means that more than half of Epilepsy Action’s online traffic now comes from mobile devices, so ensuring that the website remained accessible and response on mobile devices has become increasingly important. Throughout the long standing partnership, Ixis has worked closely with Epilepsy Action to develop the site in a more mobile-friendly direction, and remains on-hand to provide ongoing daily technical support.

Ixis built bespoke Drupal modules for our needs. They provide stable and cost effective hosting for our site and their ongoing support is always reliable and speedy.

Epilepsy Action’s website is now Europe’s biggest online source of information regarding the condition, receiving over 2 million visitors every year. This is in part due to the ease of creating and uploading content to the Drupal-based site, which has ensured that Epilepsy Action can always offer the most up-to-date advice in a clean, easy-to-use and mobile-friendly format.

Ixis continues to provide ongoing hosting and support for the Epilepsy Action website and there has been no unplanned downtime during the last decade of support provided.

The next project in the decade long partnership will be the integration of the Epilepsy Action website with the organisation’s Microsoft Dynamics Customer Relationship Management (CRM) system. This will give Epilepsy Action a truly integrated, joined-up approach to communicating with its users, and ensure that all communications records are fully aligned with those received through the main website.

The integration of our CRM database with the website will be a major project, and we absolutely trust Ixis to deliver on this front. Ixis has been with us every step of the way and we’re delighted that they are helping us to continue to enhance our digital offering.