Ixis works on a slice of Manchester music history 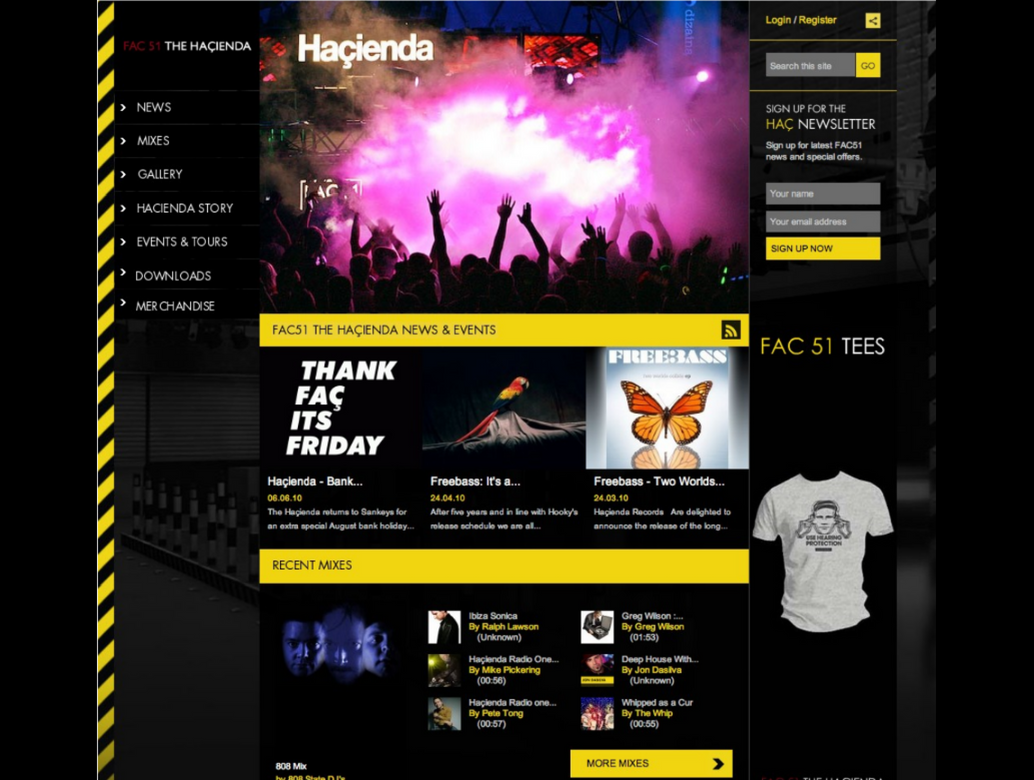 Ixis works on a slice of Manchester music history

The Haçienda was one of Manchester’s most famous nightclub and music venues throughout the 1980s and 1990s, synonymous with the city’s ‘Madchester’ scene before finally closing its doors in 1997. Now, the club lives on in the FAC 51 The Haçienda brand, which runs club nights and events nationwide.

The organisation sought to create a community site which would deliver information on upcoming events and merchandise available for purchase, as well as telling the Haçienda story. As such, the website needed to present a range of audio and video media, look and feel in keeping with the club’s rich history, and include a slick e-commerce function.

We were thrilled to work on such a significant slice of Manchester’s musical history. Drupal is the perfect CMS for creating websites that need to present a range of rich media in an easy to navigate way, and it can be the foundation for a really effective ecommerce operation too

Ixis built the new site using Drupal. Its extensive flexibility provided the basis for a large volume of custom theme building and the development of a wide range of page designs, far removed from typical linear web forms and blog-like content lists.

The site incorporated a news section for promoting upcoming activities and history of the nightclub, and alongside this an events area which allowed pinning an event on the world map using a custom Drupal CCK field.

Presenting an archive of music and video footage from past and present was a key requirement. Ixis collected legacy video footage from YouTube covering over twenty years’ previously, collating it and presenting it as a thumbnail gallery with the help of Drupal’s YouTube API module. The photo gallery was developed to present a categorised collection of the 'then' and 'now' clubbing photos with the fans, artists and DJs who performed. This was built using Views, Attachments, CCK and some custom jQuery for the metadata pop-ups.

Meanwhile, custom code was developed to provide a voting count so that visitors to the site could vote on the audio DJ mixes of past and present artists presented on the site. The mixes are organised as categories and included links to the relevant artists or DJ biography so as to drive traffic between different sections within the website. This information also integrates with the same artist biography for future events.

Ubercart, the Drupal ecommerce platform, was implemented to sell digital downloads of audio singles, mixes and full albums, as well as physical products such as CDs and books. Ixis combined this with affiliated links to off-site suppliers for some products, but still worked hard to keep the design of the shop as streamlined as possible.

The result is a slickly designed, easy to navigate website which reflects the Haçienda’s rich musical heritage and invites new visitors to explore the brand’s history with ease. The new website showcases the flexibility of the Drupal CMS, which can be harnessed to build truly creative and design-led websites with innovative custom features.

Is It Time You Upgraded to Drupal 9?

Why it makes perfect sense to migrate to Drupal