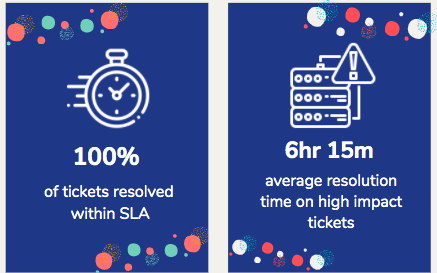 The Institute of Workplace and Facilities Management (IWFM) were building a new website and needed support for their existing Drupal 8 application for 6 months while their new website was being readied.

We performed an in-depth health check of their Drupal 8 application. A potential threat to the application was identified and quickly resolved with their developer.

During the contract, we supported their member portal with all requests resolved within SLA whilst they planned the migration to a membership Software as a Service (SaaS) platform. Their existing deployment process was documented from their incumbent supplier who was leaving.

Working alongside their CRM supplier and our technology partner, Crimson, IWFM’s integration with Microsoft Dynamics CRM was fixed so that members’ information was displaying correctly and provided a smooth and easy to use platform for their members.

The support process was transparent and effective ensuring we had full visibility of issues that were being raised and resource allocated to the issues. All support issues were dealt with quickly and efficiently which enabled us to resolve problems for our customers quickly.

The Institute of Workplace and Facilities Management required ongoing support for their current Drupal 8 website which had a backlog of bugs and missing functionality. There were problems with the integration of user-profiles from their CRM. The members’ profile area wasn’t showing the correct membership status level causing an increased number of support calls.

Additionally, the content team were struggling to create content with the existing basic WYSIWYG text editor which wasn’t easy to achieve the page layouts desired.

IWFM use Microsoft Dynamics as their CRM and Drupal 8 as their CMS. They required interim support to fix a backlog of issues which were affecting their members’ experience whilst they planned the migration to a specialist membership Software as a Service (SaaS) platform.

The customer service we received was excellent and resource was always available when required to discuss issues and challenges.

To gain an understanding of the Drupal 8 application that had been built we conducted a thorough health check site audit which analysed the Drupal configuration, custom modules, integrations and theme layers. The critical bugs and hacks to code were addressed so that the platform could be brought in to the Ixis support service for security updates and maintenance.

Through the use of our dedicated ITIL Service Desk, IWFM were able to submit their support tickets labelling them based on the impact they were having on their business. For example, those issues affecting their members first over feature requests.

Multiple technologies were involved in the setup. At its core, Drupal 8 is used as the CMS but there is also an integration to other services which weren’t managed by Ixis. The Ixis Service Desk dealt with supplier management; raising tickets where required for the integrations.

All levels of users (administration and members) being authenticated through Drupal were handed off to the third-party identity management service Auth0 which provides authorisation against the Microsoft Dynamics user database API. This increased the touchpoints for debugging of user account related tickets and involved awareness of the three systems and where to look.

Microsoft Dynamics provided the majority of the membership portal’s content and personalisation on a per-user and user type basis. Drupal was tightly integrated with the CRM through API Apps, called LogicApps. This was the source of truth, meaning a lot of real time data request and synchronisation was required - which caused slow page loads and out of sync on-page content due to caching challenges.

We offer interim and long-term support so your users get the best possible experience from your existing platforms. Contact our team to find out how we can support you.